The Costa Blanca and its hinterland

Costa Blanca Real Estate: So you're thinking about buying a house abroad? Maybe you already have a preference for Spain? If so then Spain is huge. So if you buy a second home in Spain or you want to emigrate to Spain, where do you settle. This page describes the environment in which we have been living and working for 17 years. The Costa Blanca is located in the southeast of Spain and is located between the towns of Denia and Pilar de la Horadada. Pilar de La Horadada is on the same level as the city. Murcia. The Costa Blanca is a region within La Comunidad Valenciana, usually referred to by the Dutch as 'Valencia'. The state of Valencia consists of the provinces, Castellon, Valencia and Alicante.

An environment with a unique microclimate

The World Health Organisation has given this environment the healthiest climate in Europe. An average temperature of 17 degrees in the winter is of course already delicious. But temperatures can easily reach 20 and 24 degrees in the middle of winter. This environment is blessed with a very special microclimate. The spit of land between the cities of Valencia and Alicante, which stretches out into the Mediterranean Sea, plays a major role in this. In winter, the sea water is even warmer than the air temperature for a long time, so the sea functions like a hot water bottle.

In summer, the opposite happens and the sea cools down to a certain extent. However, this is only one of the factors that play a role in this microclimate. A second factor is that off the coast on the Mediterranean Sea, there is a current that causes the clouds to open up. A final factor is the mountains behind the Costa Blanca. These low mountain ranges prevent the cold air from inland reaching the Costa Blanca..

The Costa Blanca in bird's-eye view, enjoy this video footage

Rustic Property Spain, if you are looking for an old house in the La Marina Altat

The Costa Blanca is therefore located in the south-east of Spain. It is also a region within the state of Valencia and is located in the province of Alicante. If we zoom in even further, the region where we are active is the ´comarca´ (district) La Marina Alta. This comarca is seen from the coast between Denia and the seaside resort of Calpe. Inland this comarca extends to the two valleys Vall de Alcalá and Vall de Gallinera.

Within this area you will find a number of nice coastal towns such as Denia. Denia is a fishing town where the ferries of Ibiza and the rest of the Balearic Islands arrive. Besides that Altea, Javea and Moraira are nice coastal towns to stay in. However, our activities are more inland. We mention here a few villages Benissa, Jalon, Lliber, Alcalali and Parcent.  These villages are all situated around the Jalon valley, a beautiful wine region. In these atmospheric and lively villages you can occasionally find gems of village houses for sale. In the mountains and the countryside around these villages you can find beautiful and large fincas. These old and often already dilapidated farmhouses are often very suitable for a new destination as a farmhouse. 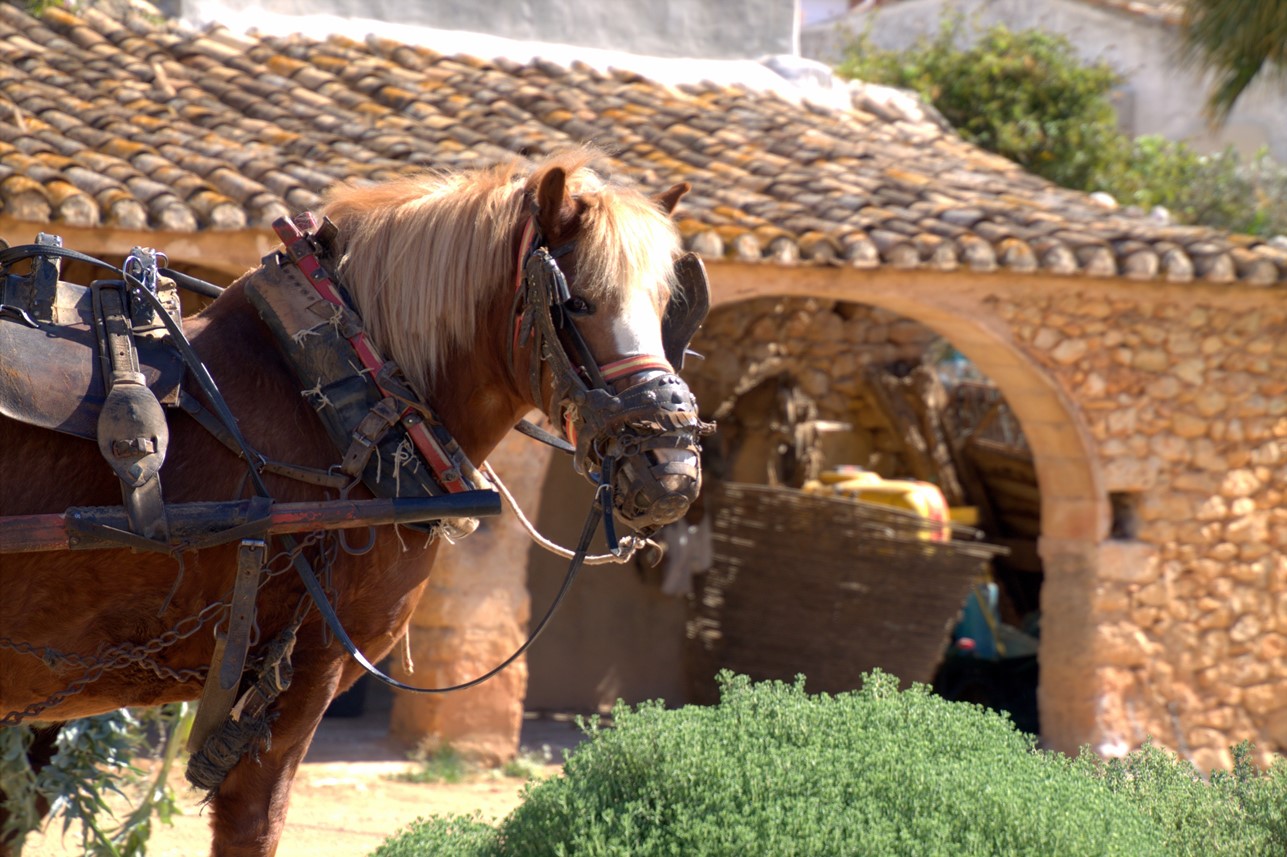 The countryside of the Costa Blanca and the province of Alicante

Costa Blanca Real Estate: Here you will find the quiet Spanish country life in largely unspoilt villages. For example, here you can walk endlessly and also in cycling and climbing this is a very popular area. This is important if you are thinking about buying a second home here and thinking about renting it out. There are also a number of natural areas on the Costa Blanca such as the area around the Sierra de Bernia. Few other people know that the province of Alicante is one of the most mountainous provinces of Spain. The villages on the Costa Blanca are far from dead as in large parts of the rest of Spain. Young people often stay in their villages and work, for example, on the coast. This means that Spanish culture is still very much in vogue here. This can be seen, for example, in the fiestas that are still being celebrated here. There are regular cultural gatherings and concerts and there are a number of large cultural centres for such small villages.

Fiestas on the Costa Blanca

Spain and the Spaniards are, of course, famous for their celebrations. One of the bigger fiestas that is celebrated here is 'Moros y Cristinanos'.  Every year the Christians celebrate their victory over Moorish rule. These fiestas have a long history and have been celebrated since before 1490! Music plays a central role in these festivities, along with beautiful costumes and often beautiful Spanish horses and a lot of bang with muskets. Visitors are very welcome to experience these parties.

Furthermore, every village has its patron saint, which in the Catholic Church is a saint or even an angel who is considered to be the protector of the village. The birthday of this saint is then the feast. Despite the fact that these were originally Christian feasts, they are now feasts for everyone. Usually there is a fair, there are pop concerts, there are markets with sometimes old crafts and lots of food and drink.

The Fallas and hogueras fiestas on the Costa Blanca

The Fallas and hogueras fiestas, harking back to an old tradition of the carpenters of the villages and towns.  In the past, on the evening of the feast of the patron saint of carpenters, San-José (Saint Joseph), these craftsmen burnt the waste from their workshops. Until the eighteenth century, the Fallas pyres remained made of wood. But that slowly evolved into the feast we now know as Fallas. The waste gave way to ever-growing dolls and representations. After that they became neutral representations, scenes with a political or social connotation. Now, especially in the cities, they are enormous works of art with a heavily ironic tone.  Often famous people are portrayed and 'embarrassed'. and political and social themes are portrayed. In Denia, for example, Fallas is celebrated extensively. In the province's capital Alicante, however, Fallas is called Hogueras again.